Last year  I posted about a vessel I planned to make using an olive jar as my center container. I am finally  back to work on  that idea and will show you how it is progressing.   You may want to refer back to the sketch in that Nov. 23rd post.

I chose one of my jars that had previously been wrapped in fiberglass cloth.  As indicated on my plan, olive wood strips were cut to adhere, vertically on the straight sides of this jar.  First, a wood top and bottom were turned on the lathe and attached.  The wood strips were an interrupted random pattern around the jar leaving pockets for a decorative stone to be set. I am using garnets that I collected in a Southern Idaho surface mining area. They will be set in each pocket with colored resin and then covered with clear resin.  The pockets were formed by placing a ball of sculpture wax in the spaces between segments of an olive wood strip to hold out resin coating.  The project is shown below as the coating with colored resin begins. 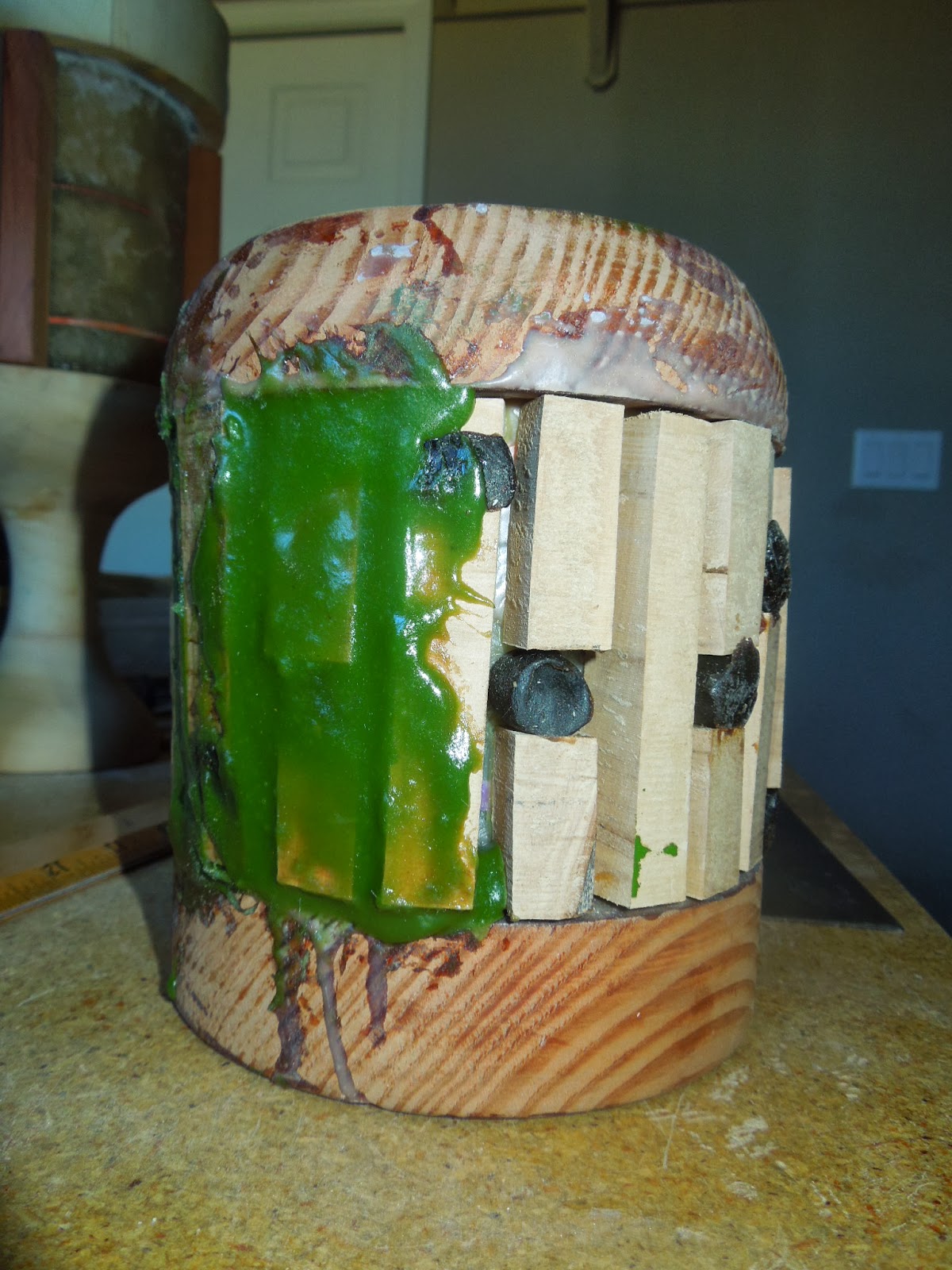 I chose green as the color for the resin fill.  I thought it would go well with the two woods and the dark purple of the garnets.  You can see how the sculpture wax is located to hold resin from filling the space designated for the garnets.  This next photo shows the resin fill completed. 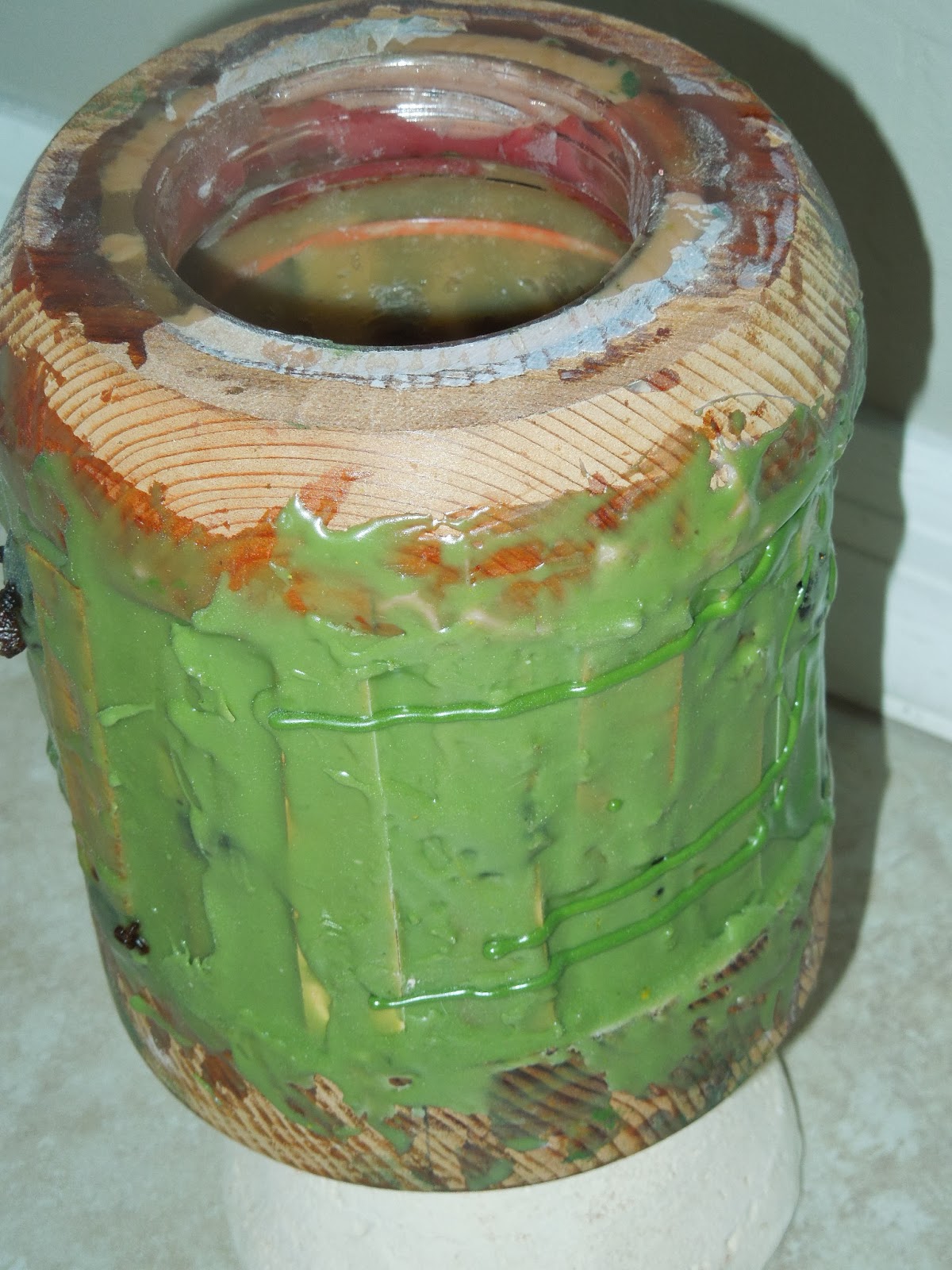 Another photo shows where I am now, after removing the excess resin  coating.  I used an angle grinder with a sanding flap wheel to do the rough removal.  The rest of the surface will be finished by hand sanding. I took a chance and developed the olive wood into an undulating surface rather than a straight, smooth design between the  base and top wood.  The garnet pockets are recessed slightly and the variation in the surface creates more interest than a conventional smooth surface.  You'll have to be the judge on how this change appeals to you.  I'll post the final finished product when all sanding is completed and the finish applied. 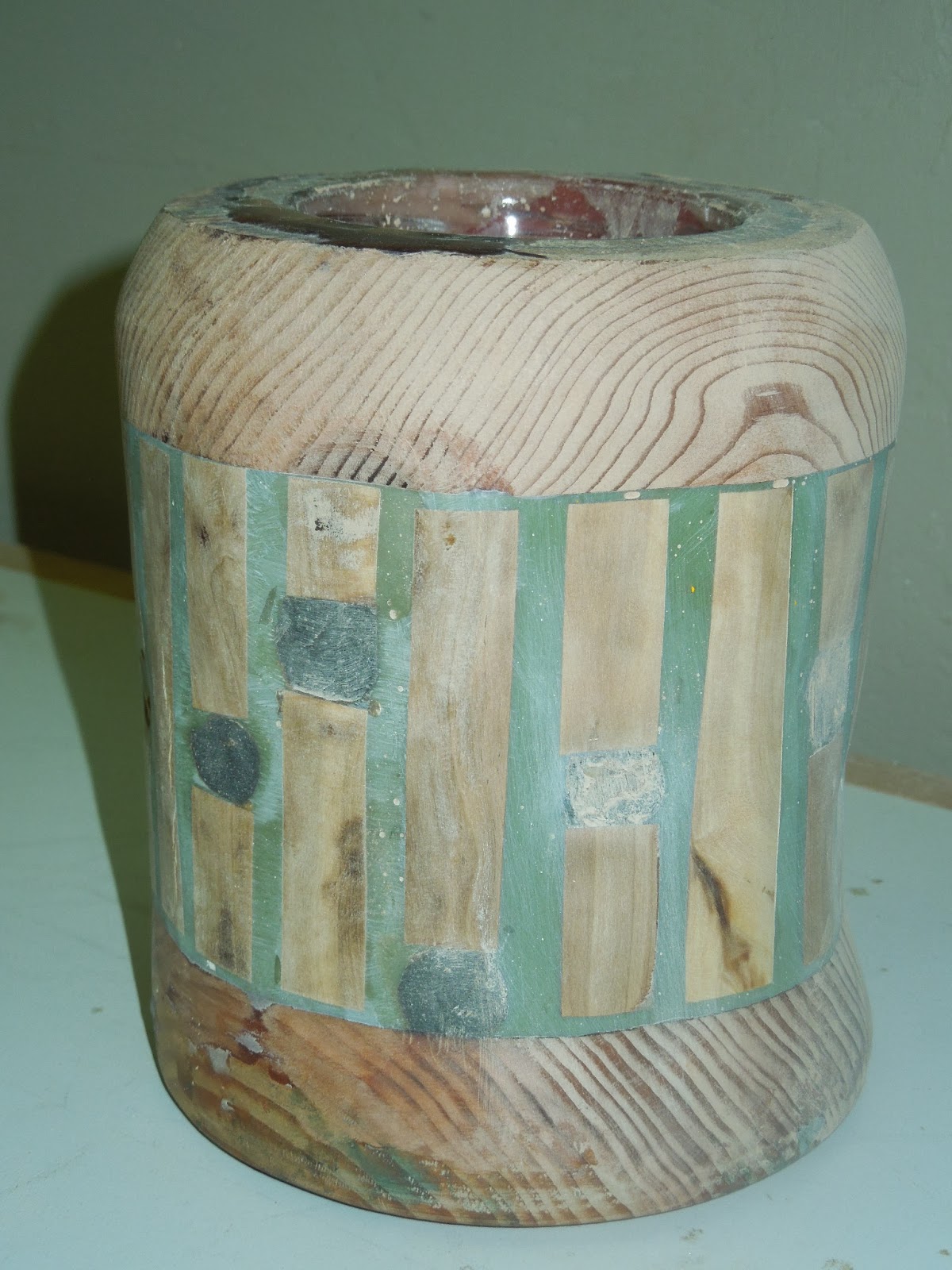 Posted by Unknown at 8:28 PM No comments: